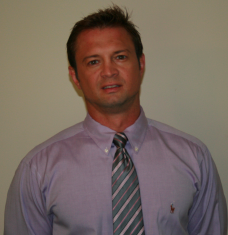 He was named the top pre-medical student of his class and has an award renamed in his honor.

He then went on to attend the Medical College of PA-Hahnemann School of Medicine where at the conclusion of his second year he earned admission into the prestigious Alpha Omega Alpha Medical Honor Society.

During medical school, he did extensive research with Dr. Joseph Torg on Jones fractures, was awarded the Carnegie Medal for Heroism, and was featured in several news stories, Dateline, and the Oprah Winfrey Show for his act of heroism.

He served as the chief resident from 2005-to 2006 and completed research on soft tissue tumors as well as rotator cuff tears and treatment options.

During this time, not only did he gain vast experience in a variety of sports injuries at all levels but he also spent a significant amount of time with the Oakland Raiders, USA Rugby Team, and served as the team physician for the College of San Mateo.

In his free time, he enjoys doing anything related to the water including diving, fishing, and boating as well as spending time with his 10-year-old Golden Retriever, Bentley.

Dr. Garrett will be accepting patient queries from the state of Delaware, Pennsylvania & New York only. International patients may apply as well.

Are you confused about your diagnosis? How do you know you are getting the right treatment?

Show Dr. Garrett your X-Rays & MRI scans to make sure you are getting the right care. With a simple telemedicine meeting, you will get an up-to-date review that is right for you.

Join The VIOS Clinic Membership, to get unlimited telemedicine visits with Dr. Garrett, whenever you need his help 👇

Dr. Garrett will be accepting patient queries from the state of Delaware, Pennsylvania & New York only. International patients may apply as well.

Don’t let your diagnosis & pain rob you of a peaceful, fulfilling life.

Let’s get started, we have a long way to go.

US Residents 🇺🇸
International 🌐
As a chief resident in our trauma service, I saw a patient in the clinic from South America with a very angulated and poorly healed tibial shaft fracture. He had been seen by several other Orthopaedic surgeons in the past; however because he was uninsured and his complex injury none would agree to treat him.
Despite this, I was confident I could help him through a complex surgery involving removing a wedge of bone at the fracture site and realigning the tibia anatomically, and finally placing a long titanium rod down the inner canal.
Although it took almost 6 hours of difficult surgery, ultimately we were able to achieve an anatomic reduction and fixation of the deformity. He subsequently was seen in the clinic in the post-operative period and went on to fully recover.

How does it work?

Fill up a Form

Not sure where to start?

Set up a Zoom call with our Medical Director

What is Concierge Telemedicine?

Concierge medicine is a highly personalized form of private practice, that bridges the divide that existed between patients and their preferred doctor, due to the complexity of medical insurance plans.

Concierge care is a more comprehensive approach to individual management of certain long-term illnesses that require expert medical guidance for the unique attention that may be needed.

Telemedicine is a powerful communication tool that has allowed patients from almsot anywhere in the world to connect in real-time with their doctor, without the hassles of international travel – especially under these distressing times.

Modern medicine and technology have now joined hands to combine on-demand online scheduling and synchronous video conferencing – to connect you to the best medical minds that money can buy, at your time.

The VIOS Clinic is your best option for Concierge Telemedicine services, to help you get priority online appointments and convenient virtual visits by board certified specialists, without either of you two wasting time getting to a hospital or clinic.

How will Telemedicine help me with my Chronic Illness?

Telemedicine has helped countless patients manage their illnesses, without leaving their homes or city.

There are a dozen advantages to using telemedicine for your health, here are the Top 3 advantages:

No more wasting your valuable time hoping for a specialist consult next month, get an expert medical opinion tomorrow!

The longer your illness is not under control, the more expensive your future procedure is going to cost you.

Do you really need to be stuck in traffic, immigration, or a nasty waiting room?

Get comfy on your couch and log in to your scheduled Zoom meeting – Your Doc is probably waiting online. 👨‍⚕️ 📲

Join a membership, Book an appointment & take back control of your life

Who Needs Concierge Telemedicine in 2022?

Concierge care is a distinct experience that most people are searching for since the pandemic. Most people like you.

You want a better relationship and guided therapy by expert physicians, who may not be available when you need them, wherever you are.

You want a say in your health choices, you want to understand what is happening and what steps are best for you, and for you alone.

And most importantly, you want a simpler way to pay for specialized healthcare online, without worrying about the logistics of medical travel.

How does The VIOS Clinic work?

All you have to do is:

▪ Fill up the patient form

▪ Select a convenient timeslot with your Doctor

What kind of Concierge Services will I get with The VIOS Clinic membership?

What we don't do at The VIOS Clinic

What are my advantages to joining a Specialized Care Membership?

How do I pay the consultation fees?

You can pay online with Apple Pay and any major credit card.

Do you accept insurance?

Unfortunately, we do not take insurance.

Our healthcare model is designed for direct pay access to your choice of doctor, whenever you need them.

When you join our membership, you get priority telemedicine scheduling with your preferred provider.

All payments are direct pay transactions by the patient

Who are your Telemedicine Providers?

Will the Doctor recommend any diagnostic tests?

That is up to the discretion of your preferred provider.

After they have assessed your case in the Zoom meeting, they may suggest* an additional (or repeat) test to fully analyze your health condition, which you may carry out at your convenience.

*Any diagnostic recommendation provided is an expert opinion and will not be an official prescription, nor will it be reimbursed in any way.

Can I get a prescription or a refill?

Unfortunately, we do not provide any prescriptions, in any form.

However, you may book an appointment to discuss your current medications, & your specialist may even suggest an alternative treatment, which you can discuss with your primary care provider.

Only generic drug names may be recommended by our telespecialists

Do you provide in-person services?

Unfortunately, we are unable to provide in-home health services from our virtual care platform.

Kindly consult with your local provider for these services.

Can you provide emergency services?

For any urgent situation, I suggest you visit your local emergency department.

As virtual care providers, we are not equipped to assist in emergencies.

Which Membership Plan is right For me?

Each patient’s health requirements, and expectations are unique to them. For chronic diseases which had been ongoing for a long time, may need an extended period of time to fully assess all the factors that may be affecting you, and to review all possible therapies that may be suitable to your care alone.

You may begin with the ‘Monthly’ plan to start things off and see how you get along with your chosen specialist. If it is a good fit, you can always select the Annual membership options for a more value-added concierge experience.

You can email us at [email protected] and we can work something out.

If I join a Membership Plan, will I be locked into that plan?

You may sign up and end your membership commitment as you wish.

Just send us an email at [email protected], give us a reason why we were not able to provide you that added value and we will reimburse the remaining months (minus a processing fee) back to your bank account within 7-10  business days.

How do I join a Membership Plan?

Return to Search
We use cookies on our website to give you the most relevant experience by remembering your preferences and repeat visits. By clicking “Accept All”, you consent to the use of ALL the cookies. However, you may visit "Cookie Settings" to provide a controlled consent.
Cookie SettingsAccept All
Manage consent

This website uses cookies to improve your experience while you navigate through the website. Out of these, the cookies that are categorized as necessary are stored on your browser as they are essential for the working of basic functionalities of the website. We also use third-party cookies that help us analyze and understand how you use this website. These cookies will be stored in your browser only with your consent. You also have the option to opt-out of these cookies. But opting out of some of these cookies may affect your browsing experience.
Necessary Always Enabled
Necessary cookies are absolutely essential for the website to function properly. This category only includes cookies that ensures basic functionalities and security features of the website. These cookies do not store any personal information.
Non-necessary
Any cookies that may not be particularly necessary for the website to function and is used specifically to collect user personal data via analytics, ads, other embedded contents are termed as non-necessary cookies. It is mandatory to procure user consent prior to running these cookies on your website.
SAVE & ACCEPT